The first book I have read by her was The Curse of Chalion several years ago, but back then I didn’t realize that it was part of the Chalion series.

Conversations From the Edge: The Galaxy’s Edge Interviews, 2019

This is the actual reading order of the Vorkosigan Saga as given by the author herself. Here the books are not in publication order.

World of the Five Gods/Penric Series in Order

The book list is in chronological reading order and not in publication order.

The Sharing Knife Series in Order

Lois McMaster Bujold was born in 1949 in Columbus, Ohio. She is the daughter of the famous Robert Charles McMaster, an Ohio State University welding engineer professor who edited the Nondestructive Testing Handbook.

Her love for science fiction and several of the Lois McMaster Bujold books draw inspirations from her growing up in the shadows of a popular person like her father devoted to his field.

She started writing in junior high school, where she would create short stories imitating famous writers.  She attended the Upper Arlington High School, from where she graduated in 1967. Next year, in 1968 she enrolled at the Ohio State University, where she remained until 1972.

During her time at the uni, in 1971 she took part in a biology study tour when she traveled to South Africa. There, she had the opportunity to take hundreds of slides of local insects.

After leaving school, she worked as a pharmacy technician at the Ohio State University Hospitals until 1978 when she started her own family.

Now, in her 30s she was at home raising two children and had no steady job. When she saw that her childhood friend,  Lillian Stewart Carl, with whom she used to write short stories back in school, was now an established writer, she decided to try writing again as well. Thus, having some time on her hands and being in need of money, she dedicated her time to writing.

She completed her debut novel in 1983 with the title  Shards of Honor. Her second book, The Warrior’s Apprentice, came out next year, and her third book, titled Ethan of Athos, came out the year after.

While Ms. Bujold attempted to get her three novels published, she also submitted several short stories that were published in various magazines. In 1985, Baen Books bought her so far completed three novels and published them the next year, in 1986. Thus Lois McMaster Bujold’s career as a real author has begun.

Her next novel, Falling Free, was published as a series at Analog Magazine and it was the first book to win the author a much coveted Nebula award.

In the meantime, many of the Lois McMaster Bujold books have won various awards, including three Nebula awards, five Hugo awards, as well as the Locust award, and the Mythopoeic Award for best adult fantasy.

Her books have been translated into close to 20 languages so far. The author got her latest Hugo Award for Penric and the Shaman, in the category Best Novella in 2017, which was presented in Helsinki, Finland.

The book that made the New York Times Best Seller list is Captain Vorpatril’s Alliance, published in 2012.

Currently, the Vorkosigan Saga books are published by Baen Books, while the Chalion series and the Sharing Knife tetralogy are released by HarperCollins.

For each of her books, Lois McMaster Bujold does a lot of research. For example, before writing Cryoburn, she researched the topic of cryonics quite in-depth. She learned that people who are sick, for example, are frozen, but with the current technology they cannot be unfrozen just yet. Thus, many of these people have to wait for several generations for the technology to be available.

In the Lois McMaster Bujold Vorkosigan Saga, the author wrote first Shards of Honor and then The Warrior’s Apprentice, but the reading order of the Vorkosigan Saga involves starting with Dreamweaver’s Dilemma, which she wrote 10 years later, in 1996. This allows the author the flexibility of writing the book that wants to be voiced next rather than the one that should follow after the previous one.

Currently, Bujold is living in Minneapolis, Minnesota, where she is working on her next book. However, the latest Lois McMaster Bujold is not really a novel. Rather, it is a collection of interviews conducted by Joy Ward, and among them, the author had a piece of interview as well.

Forry Award for Lifetime Achievement in the field of Science Fiction

Bujold’s “work remains among the most enjoyable and rewarding in contemporary SF. (Publishers Weekly)

Boy, can she write! (Anne McCaffrey)

Bujold is also head and shoulders above the ruck of current fantasists as well as science-fictionists. (Booklist) 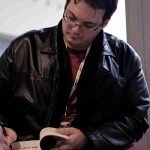 What Do You Think of the Lois McMaster Bujold Books? Cancel reply