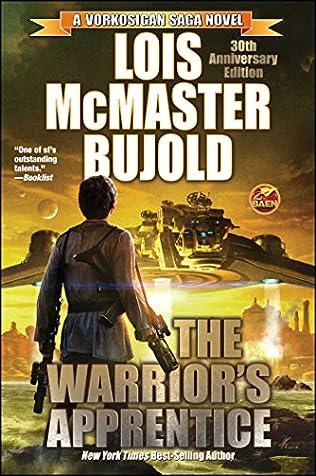 Discharged from the Barrayan Military Academy, Miles Vorkosigan chances on a jumpship with a rebellious pilot and arranges to take over the ship. Events escalate from there, and soon Miles is commander of a mercenary fleet and reinvents himself as Admiral Naismith of the Dendarii Mercenary Army.

Between the seemingly impossible tasks of living up to his warrior-father’s legend and surmounting his own physical limitations, Miles Vorkosigan faces some truly daunting challenges.

Shortly after his arrival on Beta Colony, Miles unexpectedly finds himself the owner of an obsolete freighter and in more debt than he ever thought possible.

Propelled by his manic “forward momentum,” the ever-inventive Miles creates a new identity for himself as the commander of his own mercenary fleet to obtain a lucrative cargo; a shipment of weapons destined for a dangerous warzone.