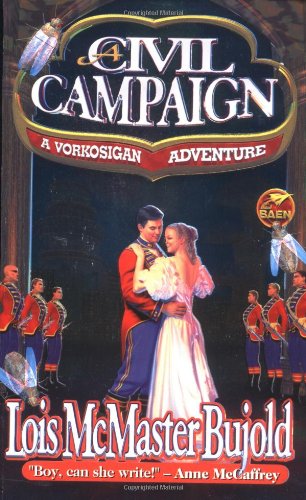 The recently widowed Ekaterin Vorsoisson returns to Barrayar, following the events described in Komarr, and finds herself under siege from several suitors, including Miles Vorkosigan.

Miles Vorkosigan has a problem: unrequited love for the beautiful widow Ekaterin Vorsoisson, violently allergic to marriage after her first exposure. If a frontal assault won’t do, Miles thinks, try subterfuge.

A complex story, as the various members of Miles’ family attempt to find their one true love, and a measure of destiny. This against a background of domestic political squabbles and an earnest attempt at a capitalist enterprise.