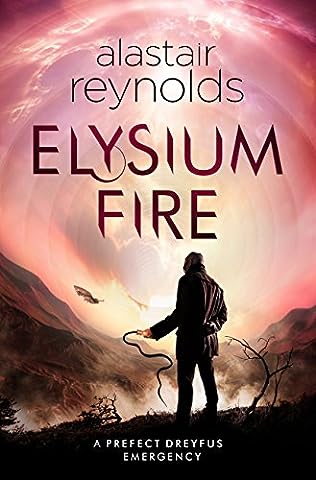 But even utopia needs a police force. For the citizens of the Glitter Band that organization is Panoply, and the prefects are its operatives.

Prefect Tom Dreyfus has a new emergency on his hands. Across the habitats and their hundred million citizens, people are dying suddenly and randomly, victims of a bizarre and unprecedented malfunction of their neural implants. And these “melters” leave no clues behind as to the cause of their deaths…

As panic rises in the populace, a charismatic figure is sowing insurrection, convincing a small but growing number of habitats to break away from the Glitter Band and form their own independent colonies.

The prefect Dreyfus, the legal guardian of the Diamond Belt Space Society, is facing an impossible task. Citizens begin to die in an inexplicable manner. A charismatic cultivator instigates rebellion as a panic. To prevent the ultimate destruction, Dreyfus must find a silent, invisible killer.