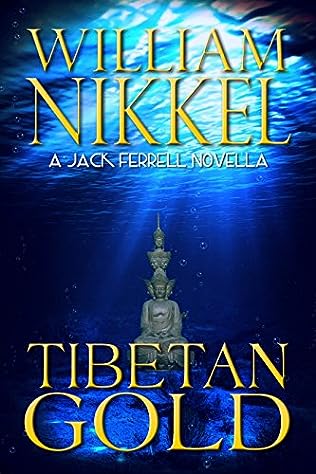 In this thrilling short story, marine biologist Jack Ferrell is on the beach on Maui loading supplies in his Zodiac in preparation to drive his friend’s new boat to Oahu. He hears a woman scream and sees two rough-looking men chasing her on the beach. It only takes him a second to decide these are not good men.

He waves her into his waiting Zodiac and takes her to his friend’s boat. Safely on board, she tells him the two men chasing her had stolen a golden idol from a collection of antiquities that belonged to her father who died suspiciously. And that she traced the thieves to Maui and stole it back from them. The problem is, she tossed it into the sea to prevent them from reclaiming it.

There’s a chance the precious statue can be recovered and he agrees to go after the idol. A relatively routine task until he finds himself fighting for his life when the thieves come after the girl. And he’s the only person standing between her and certain death.