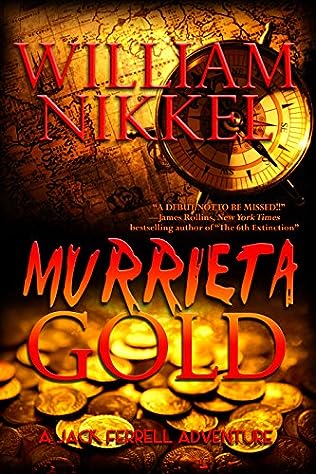 Jack Ferrell clutches a cryptic e-mail his brother Deacon sent days earlier when he wrote of treasure hunting and buried gold. Now Deacon’s missing. And the authorities won’t get involved. For Jack, a single objective remains.

Deacon’s trail leads Jack to the Historical California gold-rush town of Angels Camp. There he talks to Al Brink, a local drunk Deacon mentioned in his notes. Al tells Jack a story he told Deacon—a wild-west tale about a stagecoach robbery committed on the road outside of town in 1862 in which the legendary bandit Joaquin Murrieta and his gang of killers made off with three hundred pounds of gold bars destined for the San Francisco mint. Gold that Murrieta allegedly hid in the nearby mountains during his getaway.

An interesting wild-west yarn and one Jack would’ve believed if not for the historical fact Joaquin Murrieta was killed in 1853 by Captain Love of the California Rangers, his head placed in a jar of brandy and put on display in San Francisco. But Al swears history got it wrong—Murrieta was alive to commit the robbery in 1862, and that Deacon believed it as well.