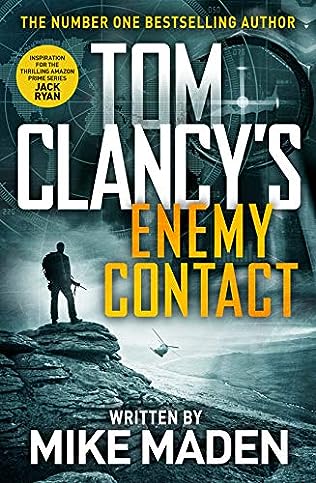 by Mike Maden and Tom Clancy

The final wish of a dying friend leads Jack Ryan, Jr. to the jungles of South America where an unexpected confrontation will have shocking international repercussions in this latest entry in the New York Times bestselling series.

Jack Ryan, Jr. has faced death before, but sitting at the bedside of a college friend who is wasting away from cancer is almost more than he can endure. When the man asks Jack to scatter his ashes on a beloved hillside in Chile, of course, the answer is yes.

The first hint of trouble comes when an ex-pat, former US Army Ranger tries to warn Jack off. Then a group of thugs break into his room, beat him, and warn him to leave. They don’t know Jack. He won’t be intimidated and he’s never turned his back on trouble. But just how much can one man do against an army?

Old enemies and new reveal themselves everywhere from the jungle to the halls of Congress. Only a ruthless hunter can take down these predators. Jack will need every skill he has to survive.