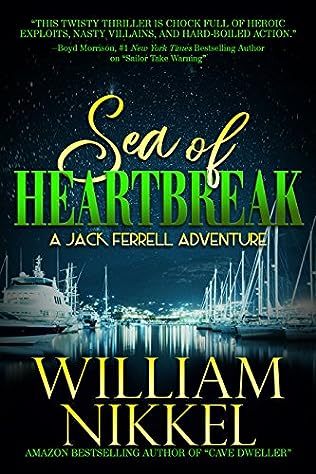 In 1945, a B-17 bomber takes off from an airfield in the Philippines and disappears in a storm. The plane’s cargo, a gift to General Douglas MacArthur from the newly appointed president of the Philippine Commonwealth.

Nearly seventy-five years later, Jack Ferrell is sailing in the Kaiwi Channel between Molokai and Oahu when he rescues Allison Hunter who’d been pushed overboard by her husband and left to drown. He takes her ashore at the Ala Wai Boat Harbor in Waikiki, reluctant to get involved. She’s not his problem to fix. Or is she? When his boat explodes under suspicious circumstances and she’s killed, the situation turns personal.

He sets out to settle the score. An act of vengeance that reunites him with the beguiling and mysterious Cherise Venetta. Through her, he learns the surprising truth behind her reason for being on Oahu. Including the possible location of a gold-plated Thompson sub-machine gun that disappeared on a flight to Pearl Harbor.

The stakes have been raised. Working together, he and Cherise become embroiled in a plot to bring down a major drug trafficker. A deadly trail that re-enforces what he already knows. When he’s on the edge, he’s completely alive.