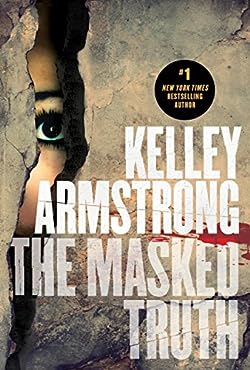 Kids go away to a therapy retreat and are held hostage by gun-wielding, mask-hidden thug. Riley Vasquez is haunted by the brutal murder of the couple she was babysitting for.

Max Cross is suffering under the shadow of a life-altering diagnosis he doesn’t dare reveal.

The last thing either of them wants is to spend a weekend away at a therapy camp alongside five other teens with “issues.” But that’s exactly where they are when three masked men burst in to take the group hostage.

The building has no windows. The exits are sealed shut. Their phones are gone. And their captors are on a killing spree.

Riley and Max know that if they can’t get out, they’ll be next—but they’re about to discover that even escape doesn’t equal freedom.

Riley Vasquez is haunted by the brutal murder of the couple she was babysitting for. She’s suffering with PTSD and has completely withdrawn from her old life. Her mom is hoping that a weekend away at therapy camp with six other teens will be good for her, but it’s there that three masked men enter the building and take the group hostage. What follows is a story full of twists and turns and tense sequences when you have no idea what’s around the next corner.