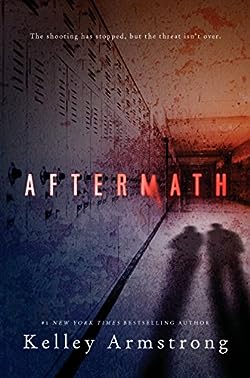 #1 New York Times bestselling author Kelley Armstrong delivers spine-chilling thrills as a small town deals with the fallout of a school shooting. Secrets don’t remain hidden for long in this read: perfect for fans of Kara Thomas’s Darkest Corners and Lynn Weingarten’s Suicide Notes from Beautiful Girls. Three years ago, both Skye and Jesse lost their brothers in a school shooting. Skye’s brother was a shooter, while Jesse’s was a victim.

Three years ago, Skye’s brother Luka died in a mass shooting at the local high school. But there’s no sympathy for Skye and her family because Luka wasn’t a victim — he was a shooter. Now, Skye returns to the small town she had fled to start anew. But the scars of the past don’t heal easily. And there’s one person Skye dreads seeing most: Jesse Matin. Her childhood crush and former best friend until the massacre tore them apart.

Told in alternating points of view, Skye and Jesse wade into the mystery of what took place that fateful day. But someone clearly doesn’t want Skye back in town, and when she and Jesse uncover new evidence that could clear Luka’s name, it becomes obvious that someone wants the past to stay buried. In the aftermath of violence, someone has to pay. Blood for blood.

From #1 New York Times bestselling author Kelley Armstrong comes a mind-bending thriller that will have readers keeping the lights on.