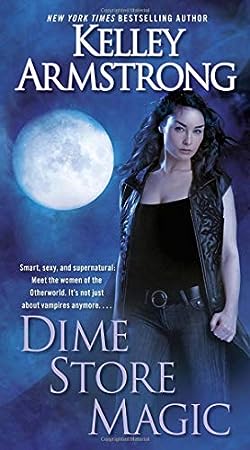 Book 3 in the Women of the Otherworld series
published 2004

From one of today’s most original writers comes the mesmerizing tale of an exceptional young woman caught up in an otherworldly realm where some will stop at nothing to get what they want.

Leader of the American Coven, guardian to the preteen daughter of a black witch…it’s not the lifestyle twenty-three-year-old Paige Winterbourne imagined for herself, and it’s wreaking hell on her social life. But she’s up to the challenge. When half-demon Leah O’Donnell returns to fight for custody of Savannah, Paige is ready.

Paige Winterbourne was always either too young or too rebellious to succeed her mother as leader of one of the world’s most powerful elite organizations- the American Coven of Witches. Now that she is twenty-three and her mother is dead, the Elders can no longer deny her. But even Paige’s wildest antics can’t hold a candle to those of her new charge- an orphan who is all too willing to use her budding powers for evil… and evil is all too willing to claim her.

For this girl is being pursued by a dark faction of the supernatural underworld. They are a vicious group who will do anything to woo the young, malleable, and extremely powerful neophyte, including commit murder- and frame Paige for the crime. It’s an initiation into adulthood, womanhood, and the brutal side of magic that Paige will have to do everything within her power to make sure they both survive.