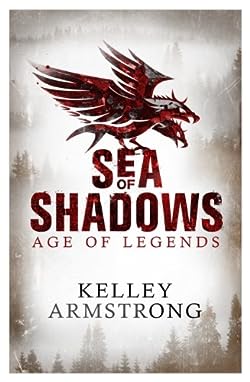 Book 1 in the Age of Legends series
published 2014

Twin sisters Moria and Ashyn were marked at birth to become the Keeper and the Seeker of Edgewood, beginning with their sixteenth birthday. Trained in fighting and in the secret rites of the spirits, they lead an annual trip into the Forest of the Dead. There, the veil between the living world and the beyond is thinnest, and the girls pay respect to the spirits who have passed. But this year, their trip goes dreadfully wrong.

In the Forest of the Dead, where the empire’s worst criminals are exiled, twin sisters Moria and Ashyn are charged with a dangerous task. For they are the Keeper and the Seeker, and each year they must quiet the enraged souls of the damned.

Only this year, the souls will not be quieted.

Ambushed and separated by an ancient evil, the sisters’ journey to find each other sends them far from the only home they’ve ever known. Accompanied by a stubborn imperial guard and a dashing condemned thief, the girls cross a once-empty wasteland, now filled with reawakened monsters of legend, as they travel to warn the emperor. But a terrible secret awaits them at court—one that will alter the balance of their world forever.