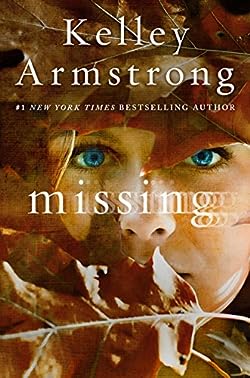 Missingis a psychological thriller about a town – Reeves End, which according to Winter Crane is the least livable place in the world. She hunts down rabbits and deer for food; she lives in a trailer at the border of a forest and endures an abusive drunkard of a father each night. Reeve’s End is the kind of town every kid can’t wait to escape. Each summer, a dozen kids leave, and at least a quarter never come back. I don’t blame them – I’ll do the same in another year. We thought it was just something that happened in town like ours.

The only thing Winter Crane likes about Reeve’s End is that soon she’ll leave it. Like her best friend did. Like her sister did. Like most of the teens born in town have done. There’s nothing for them there but abandoned mines and empty futures. They’re better off taking a chance elsewhere.

The only thing Winter will miss is the woods. Her only refuge. At least it was. Until the day she found Lennon left for dead, bleeding in a tree.

But now Lennon is gone too. And he has Winter questioning what she once thought was true. What if nobody left at all? What if they’re all missing?