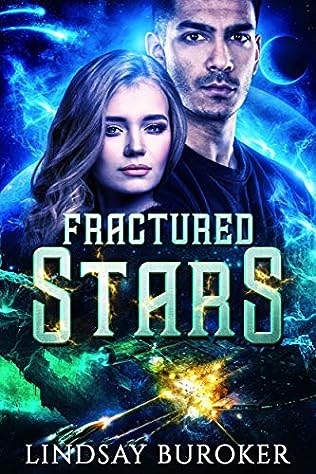 McCall Richter finds criminals, con men, and deadbeats better than anyone else in the empire.

She’s proud of her success and that she owns her own spaceship, especially since she struggles to understand human motivations, can’t tell when people are lying to her, and is horrible at recognizing faces. Being autistic in the empire is frowned upon—and there’s a handy normalization surgery to correct it—but she’s managed to prove her worth and avoid irking the tyrannical regime.

Except for one thing.

Two years ago, she liberated the android, Scipio, from an imperial research facility where he was treated worse than a slave. He’s become her business partner and best friend, but if the empire finds out she has him, a “normalization” surgery will be the least of her worries.

When her ship is confiscated by a cyborg law enforcer needing to transport prisoners, McCall knows she and Scipio are in trouble. Worse, the enforcer’s pilot is a former bounty hunter and business competitor she beat to the prize many times in the past.

Soon, he’s snooping all over her ship and questioning her about her past.

And there’s something strange about him. He knows far more about what she’s thinking than any human should.

It’ll only be a matter of time before he discovers her secret. And then what?