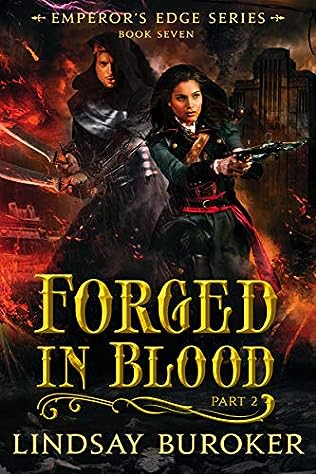 Amaranthe Lokdon survives her reckless plan to destroy the enemy’s weapon-filled super aircraft only to learn that thousands of people perished when it crash landed. Half of her team is missing…or dead. Meanwhile, the fighting in the capital has escalated, the Imperial Barracks have been taken by a pretender, and a deadly new danger threatens the populace. Amaranthe’s hopes of returning Emperor Sespian to the throne and bringing peace to the empire are dwindling by the hour.

Sicarius, captured by a Nurian wizard, has been turned into a deadly weapon. His struggles to escape are poignant and powerful…and he learns a great deal about his “frail human side” because he believes Sespian and Amaranthe to be dead.

To make matters worse, her strongest ally—and closest friend—has been captured and is under a powerful wizard’s control. If she can’t figure out a way to free Sicarius, he may kill them all when next they meet…