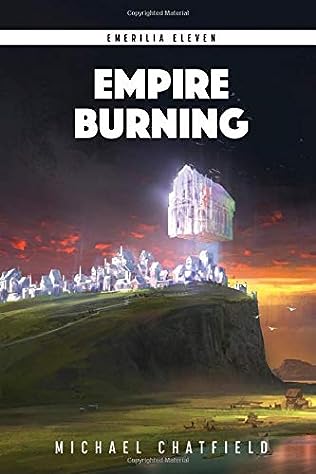 Pandora’s Box has been opened. The Pantheon of Emerilia has gone through tremendous changes the event of Myths and Legends suppressed.

Warships now move in the stars, made of soul gem constructs, built by mages and engineers, crewed by those that lived on Emerilia or within Earth’s Simulation.

The Deq’ual system stands with Emerilia, their brothers and sisters, their family and fellow human descendants.

The Jukal Empire will not let Emerilia rise peacefully. As Empires grow, so too can they be toppled. Only one can remain, in their biggest gamble yet, they must pass through the fires of war, Empire against Empire.

The book finally answers the question of why the ‘game’ exists in the first place.  It delivered a good end to a great LitRPG series, which shifted to a little sci-fi as well. The author does a great job of wrapping the story up in a bow and even delivers on an aspect at the end that the romantics have been waiting for.  As readers have said, from start to finish, Michael  Chatfield has weaved together an amazing tale on par with Terry Brooks, and Modesitt.