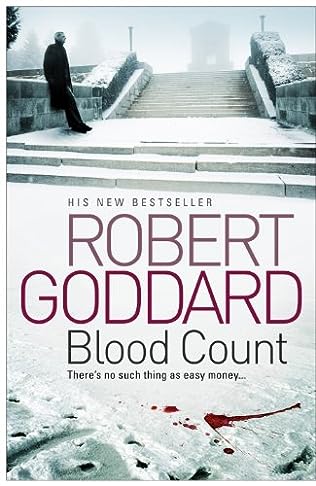 Dr. Edward Hammond helped Dragan Gazi for a lot of money on a new liver during the war in Yugoslavia. Gazi is currently stuck in The Hague. He is not only confronted with a conviction by the war tribunal, everyone is also looking for his capital.

Thirteen years ago, surgeon Edward Hammond performed a life-saving operation on Serbian gangster Dragan Gazi. Now Gazi is standing trial for war crimes at the international court in The Hague. After Hammond saved his life, Gazi’s men went on to slaughter thousands in the Balkan civil wars.

Now, in exchange for keeping Hammond’s dirty little secret, Gazi’s family want a small favour: to find the man who knows what happened to Gazi’s money. But Italian financier Marco Piravani doesn’t want to be found. And no sooner has Hammond tracked him down than he disappears again. Hammond has no choice but to set off across Europe in pursuit.

In Blood Count, every action has a consequence and every question must have an answer. Only then might Hammond be able to lay the past to rest…