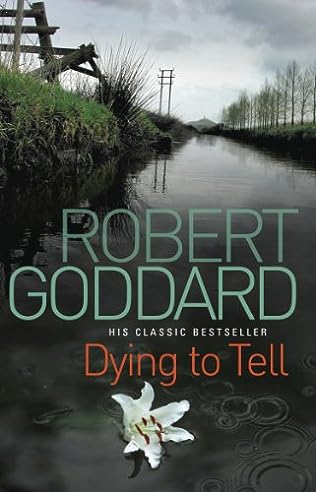 It is autumn in the Somerset town of Glastonbury. Lance Bradley is idling away his life there as usual when he receives a call for help from the eccentric sister of his old friend Rupert Alder. Inexplicably, Rupe has stopped sending the money that his dysfunctional siblings depend on. Reluctantly, Lance goes to London to learn what he can, only to find that his friend has vanished. His employers, a shipping company, believe he is guilty of a major fraud.

A Japanese businessman called Hashimoto claims he has stolen a document of life and death importance. And a private detective who has been trying to trace on Rupert’s behalf an American called Townley has been warned off by unnamed but immensely powerful interests. Townley, it seems, was involved in a mysterious death at Wilderness Farm, near Glastonbury, back in 1963, that year of so many shattering events which just happens also to be the year of Lance’s birth.

No sooner has Lance decided that whatever Rupert was up to is too risky for him to get involved in than he finds that he already is involved, and the only way out is to get in deeper still. Where is Rupert? What is the document he has stolen? Who is Townley? And what happened in the summer of 1963 that holds the key to a secret more devastating than Lance Bradley could ever have imagined?

Dying to Tell is a classic Robert Goddard mystery, intricate, compelling, and this time with a denoument that is, quite literally, sensational.