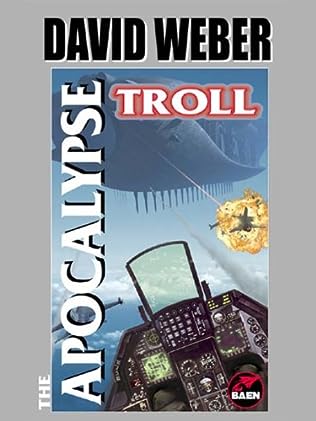 There he was in his sailboat in the middle of the Atlantic, all alone and loving it. Well, there was a US Navy carrier group on his southern horizon, but he was US Navy himself, so he didn’t mind.

Then came the UFOs, hurtling in from the Outer Black to overfly the carriers at Mach 17. Their impossible aeronautics were bad enough – but then they started shooting at each other. And at the Navy. With nukes. Little ones at first, but winding up with a 500 megatonner at 90 miles that fried every piece of electronics within sight.

Richard Ashton thought he was just a ringside observer to these now over-the-horizon events. Until the crippled alien lifeboat came drifting down and homed in on his sailboat; suddenly he had his hands full of an unconscious, critically wounded alien warrior – who just happened to be a gorgeous female, too. And that was when it began to get really interesting…