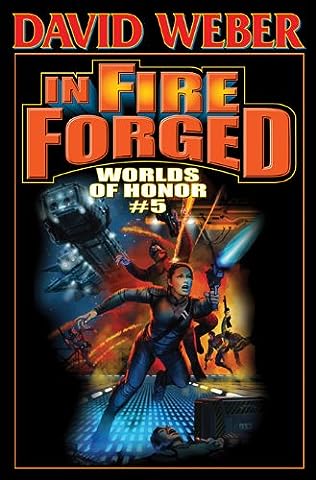 Honor Harrington is arguably the most popular character in modern science fiction, but there are many other stories in the Honorverse besides those in which she has the central role.

The hottest military science fiction series of all time continues.  The mission: to boldly explore David Weber’s Honorverse; to deliver all the action, courage, derring-do, and pulse-pounding excitement of space naval adventure with tales set in a world touched by the greatness of one epic heroine:  Honor Harrington.

This fifth volume in the popular Worlds of Honor series includes stories by best-seller Jane Lindskold, New York Times bestseller and Star Wars novelization phenomenon, Timothy Zahn.  It’s rounded out with an all-new David-Weber-authored novella featuring a mob of space pirates who make the fatal mistake of taking on a young Manticorean Royal Navy commander who goes by the name Harrington.