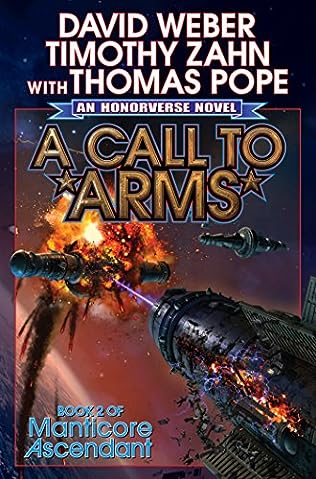 Lieutenant Travis Long of the Royal Manticoran Navy is the sort of person who likes an orderly universe. One where people follow the rules. Unfortunately, he lives in the real universe. The good news is that Travis is one of those rare people who may like rules but has a talent for thinking outside them when everything starts coming apart.

That talent has stood him—and the Star Kingdom—in good stead in the past, and it’s one reason he’s now a “mustang”—an ex-enlisted man who’s been given a commission as a king’s officer. The bad news is that two of the best ways of making enemies ever invented are insisting on enforcing the rules…and thinking outside them when other people don’t.

But the one rule Travis Long absolutely can’t break is the one that says an officer in the Royal Navy does his duty, whatever the consequences. At the moment,there are powerful forces in the young Star Kingdom of Manticore’s Parliament that don’t think they need him. For that matter they’re pretty sure they don’t need the Royal Manticoran Navy, either. After all, what does a sleepy little single-system star nation on the outer edge of the explored galaxy need with a navy? Unhappily for them, the edge of the explored galaxy can be a far more dangerous place than they think it is. They’re about to find out why they need the navy…and how very, very fortunate they are that Travis Long is in it.