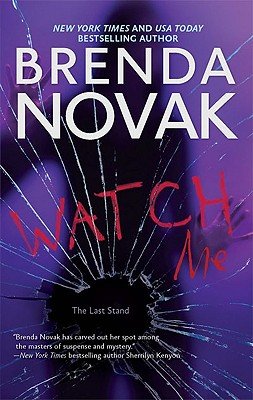 Watch Me focuses on the last of the 3 founders of The Last Stand, a victims advocacy group.

It is now twelve years since Sheridan Kohl was the victim of a shooting in her old hometown of Whiterock. Teenagers Sheridan Kohl and Jason Wyatt were parked at the lake in Whiterock, Tennessee, when a stranger wearing a ski mask shot them both. Sheridan lived but Jason died—and the stranger was never caught. Even though Sheridan’s family moved away right afterward, she’s never been able to put the crime behind her.

Because of a new development in the case, Sheridan returns to Whiterock. But when she’s attacked a second time, it’s only because of Jason’s stepbrother, Cain Granger, that she survives—and Cain’s the last person she wants to face. If not for their history, if not for her, Jason wouldn’t have been in that parked car.

Cain knows that whoever killed his brother probably isn’t a stranger at all. But figuring out that person’s identity is easier said than done—especially since the killer seems to be taunting them both: watch me.