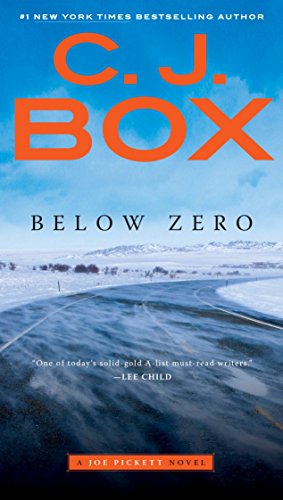 In this thriller in the #1 New York Times bestselling series, a voice from the past has a chilling effect on Wyoming game warden Joe Pickett and his family…

“Tell Sherry April called.” A simple phone message that shakes Joe Pickett’s oldest daughter Sheridan and the rest of the family to the core. To Joe, it doesn’t seem even remotely possible that April could have survived the massacre described in Winterkill six years before. He was there, and he was unable to save her. But Sheridan starts to believe there’s a chance that April is still alive, and her suspicions are confirmed when the person sending texts to her cellphone is able to recall family incidents only April could know.

Joe, however, remains wary of the messages. But when the texts start to refer to “bad things,” and when Marybeth discovers they come from locations throughout the West where vicious murders have taken place, alarm bells go off. Desperate to discover if April is still alive and to save her from possible danger, Joe, Sheridan, and Nate Romanowski take to the road to connect the texts with the crimes.

Meanwhile, a dying Chicago mobster named Stenko and a much younger girl cross the country. He’s on a mission to reconcile with his extreme environmentalist son before he dies. His son is less interested in reconciliation than in getting his father to repent for the environmental crimes he’s committed during his lifetime. He wants his father to become not just carbon neutral, but to reduce his carbon footprint to below zero – as if he’d never even existed.

As the path of Stenko and his companions starts to cross with Joe, Sheridan, and Nate, the question is raised: Is this young girl April or are the Picketts the victims of a cruel hoax?