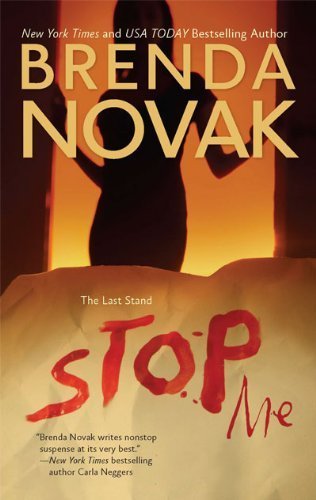 Like the first book, this one focuses on The Last Stand victims support organization and the three women who founded it.

Who was the real killer?

Romain Fornier lost his reason for living when his daughter was kidnapped and murdered. He used a cop’s gun to mete out his own justice and spent the next few years in prison. Once he was freed, he returned to his Cajun roots in small-town Louisiana. But now he learns that he might have killed the wrong man.

Jasmine Stratford, a psychological profiler, is convinced his daughter’s killer is still alive — and that she and Romain have something in common. She believes the same man kidnapped her sister, Kimberly, sixteen years ago.

Jasmine is determined to track him down when she receives an anonymous package, postmarked New Orleans — the bracelet she gave Kimberly for her eighth birthday. She approaches Romain because she knows he can help her… if he chooses.

But searching for the man who irrevocably changed both their lives means they have to rise to a killer’s challenge: stop me.