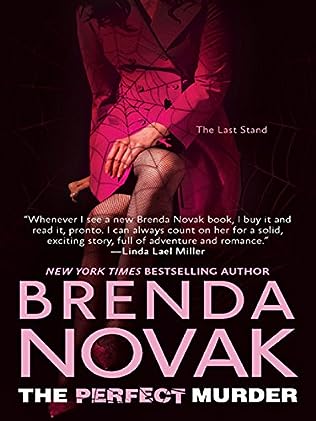 Jane Burke, once married to a serial killer is trying to put her life back together. She works as an investigator of The Last Stand. She starts her very first “solo” case with the disappearance of two young ladies.

For more than a year, Sebastian Costas has been trying to unravel the truth behind the murder of his ex-wife and son. Despite overwhelming evidence to the contrary, he’s convinced that her second husband—a cop—committed both murders, then faked his own death.

Now Sebastian has followed the slimmest of leads to Sacramento…and that’s where he finally gets the break he needs. Jane Burke, an investigator with The Last Stand, calls him in connection with a separate crime—a crime that could lead him straight to the man he’s been looking for.

Once married to a serial killer, Jane has spent the past five years rebuilding her life. And with Sebastian she finally has a chance at happiness. But the man they’re after is after them, too. For him this has become a personal battle, one he’s determined to win. Whatever it takes…