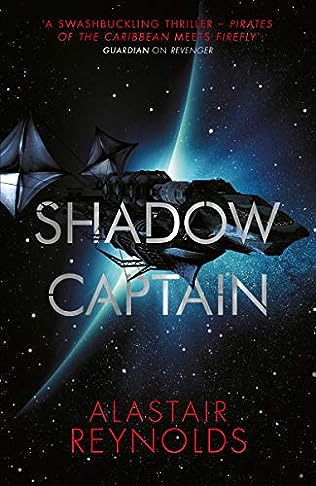 The gripping sequel to the Locus award winning science fiction adventure, Revenger, tells a story of obsession and betrayal as two sisters hunt for the greatest treasure in the universe.

Adrana and Fura Ness have finally been reunited, but both have changed beyond recognition. Once desperate for adventure, now Adrana is haunted by her enslavement on the feared pirate Bosa Sennen’s ship. And rumors of Bosa Sennen’s hidden cache of treasure have ensnared her sister, Fura, into single-minded obsession.

Neither is safe; because the galaxy wants Bosa Sennen dead and they don’t care if she’s already been killed. They’ll happily take whoever is flying her ship.

Two sisters ran away from home to join the crew of a spaceship. They took on pirates, faced down monsters and survived massacres . . . and now they’re in charge. Captaining a fearsome ship of their own, adventures are theirs for the taking – and there’s hoards to loot and treasures to find in the darkest reaches of space. But the rules are also more relaxed out on the fringes, as they’re about to discover . . .

Shadow Captain is a desperate story of cursed ships, vengeful corporations, and alien artifacts, of daring escapes and wealth beyond imagining … and of betrayal.