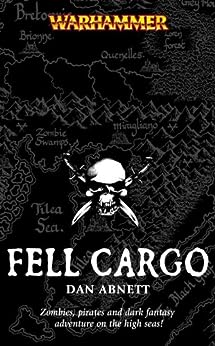 part of the Warhammer Fantasy series (2006)

Luke Silvaro, a pirate captain long thought dead, returns from the wilderness to reclaim his ship. Back aboard his beloved ship, Luka embarks on a deadly new mission. But things have changed since he was last a buccanneer: it seems that the only way to become a pirate these days is to die first.

Pirate Captain Luke Silvaro, who has long been considered dead, returns to claim his boat and set out on a new, deadly expedition – finding a terrible Butchery ship and defeating her terrible crew of undead before transforming himself into a mindless zombie.

The broad sea is now even more dangerous than ever before, so the captain and his crew have to face another pirate, curse, sea monsters and even worse enemies. A new story of the dark and fierce world of Warhammer, in which there is nothing but a never-ending war with the Dark Powers of Chaos.