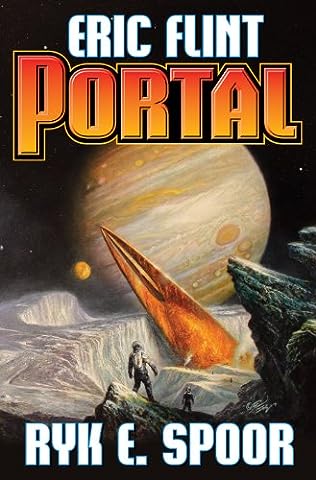 The sequel to Threshold, Book Three in the Boundary series. HELL FROZEN OVER

Madeline Fathom had miraculously landed the crippled Nebula Storm on Europa. She joined on that frozen moon of Jupiter the stranded crewmembers of the ill-fated EU vessel  Odin. The Nebula Storm‘s reactor was ruined in the landing, the Odin’s shuttle can’t make the trip back home, and the only vessel that could have made the journey to save them has just been destroyed by a renegade crewman, bad luck, and the remorseless forces of nature.

But Madeline, Helen Sutter, A.J. Baker, and the team have one card left to play. All they have to do… is survive lethal radiation, vacuum, and ice as hard as steel while they figure out how to make  Nebula Storm fly again.

But even as they prepare to make the journey home, Europa has one more discovery waiting for them… a discovery that might be the deadliest trap in the Solar System!