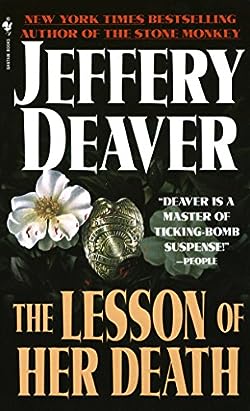 Jennie was a model student, serene, calm, diligent: everyone agrees on this when she is found dead in a bed of muddy flowers near a pond. While the idea is spreading that the culprit is a serial killer who hits with the full moon, Detective Bill Corde doesn’t take long to discover that the truth takes elsewhere: Jennie had had relationships with several students and some teachers, and it seems that many want to hide it.

Soon Corde’s investigation is intertwined with the torments of her private life: someone leaves affectionate signed tickets to the man of the sun to her nine-year-old daughter, Sarah, who has serious learning problems and lives in a world of her own.

For Bill Corde, the killer is everything he fears most. For Sarah, Bill’s wild, learning-impaired daughter, trapped in a world of frustration and ridicule, he may be just the person she’s been waiting for. Someone who understands her worries and loneliness. Someone who signs his notes “The Sunshine Man.” Someone she can run away with–even a perfect stranger.