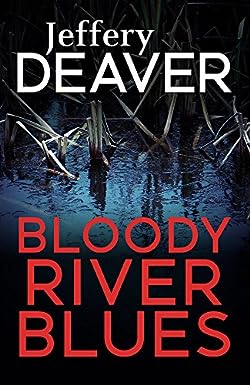 by Jeffery Deaver as William Jefferies

Jeffery Deaver originaly wrote this under the name William Jefferies. The second Location Scout thriller, with John Pelham scouting in the American Midwest. Written in 1993, the story takes place in a hard-hit town called Maddox, Missouri.

Hollywood location scout John Pellam thought the scenic backwater town of Maddox, Missouri, would be the perfect site for an upcoming Bonnie and Clyde-style film. Pellam is not the scared timid witness to a crime that freaks out and runs away. In fact, until after his first encounter with the police, he didn’t even know he was a witness to a crime. In this particular dreary town, a second rate murder is about to go down. Pellam just happens to be walking through downtown buying a case of beer, and although he doesn’t really see anything happen, he’s the closest thing the cops have to a witness.

But after real bullets leave two people dead and one cop paralyzed, he’s more sought after than the Barrow Gang. Pellam had unwittingly wandered onto the crime scene just minutes before the brutal hits. Now the feds and local police want him to talk. Mob enforcers want him silenced. And a mysterious blonde just wants him.

Trapped in a town full of sinister secrets and deadly deceptions, Pellam fears that death will imitate art, as the film shoot — and his life — race toward a breathtakingly bloody climax.