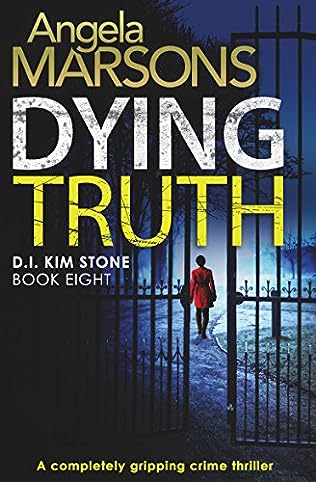 How far would you go to protect your darkest secrets?

When teenager Sadie Winter jumps from the roof of her school, her death is ruled as suicide – a final devastating act from a troubled girl. But then the broken body of a young boy is discovered at the same school and it’s clear to Detective Kim Stone that these deaths are not tragic accidents.

As Kim and her team begin to unravel a dark web of secrets, one of the teachers could hold the key to the truth. Yet just as she is about to break her silence, she is found dead.

With more children’s lives at risk, Kim has to consider the unthinkable – whether a fellow pupil could be responsible for the murders. Investigating the psychology of children that kill brings the detective into contact with her former adversary, Dr. Alex Thorne – the sociopath who has made it her life’s work to destroy Kim.

Desperate to catch the killer, Kim finds a link between the recent murders and an initiation prank that happened at the school decades earlier. But saving these innocent lives comes at a cost – and one of Kim’s own might pay the ultimate price.