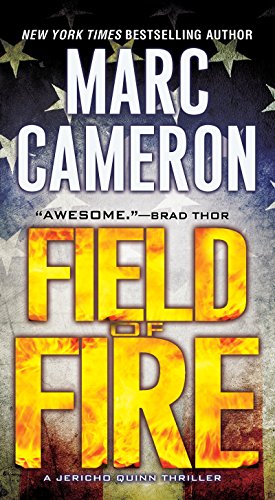 The first target is Dallas, Texas. A deadly nerve gas called New Archangel is unleashed upon the City of Angels, claiming innocent lives, spreading nationwide panic, and fueling global fears of another attack. In the icy reaches of rural Alaska, special agent Jericho Quinn is enlisted to hunt down the man who created the bioweapon—a brilliant Russian scientist who is trying to defect and hiding in the Alaskan wilderness.

Chatter links the gas, called New Archangel, to a Russian chemist, Kostya Volodin. During a trip from his homeland to Alaska, Volodin and his daughter, Kaija, have apparently sought to defect. Before everyone can be properly sorted, Volodin and Kaija disappear and are hiding. The only lead the Russians have is Dr Volodin’s son Petyr that lives in New York.

Now time is running out. The scientist is beginning to lose his mind to dementia. If Quinn doesn’t find him before the Russians do, the entire western seaboard and beyond will feel the wrath of New Archangel—and darkness will fall upon the earth.

In this latest installment, Marc Cameron takes his readers back to the frozen tundra of Alaska for an explosive thriller.