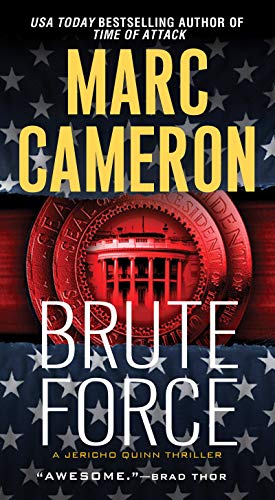 The Last Days Of America

In the aftermath of a devastating biological attack, America stands on the brink of disaster. The President of the United States Hartman Drake is controlled by terrorists. The Vice President, global mastermind Lee McKeon, is plotting his next move and has his finger on the pulse of what is needed while he forges into new and devastating battle to sink the country once and for all. And special agent Jerico Quinn is running for his life.

Desperate to clear his name–and expose the conspirators in the White House–Quinn must race against time before McKeon can execute his evil plan. It begins with heightened security, mass surveillance, and the establishment of a brutal police state. It can only end in the takeover of America. The only thing standing between democracy and destruction is a man named Quinn . . . and one perfectly aimed bullet.

It is now up to Quinn and the rest of Winfield Palmer’s team to restore the United States and save it from tyranny. He now  joins forces with a Chinese MSS agent to prevent an attack that could lead to war with China.