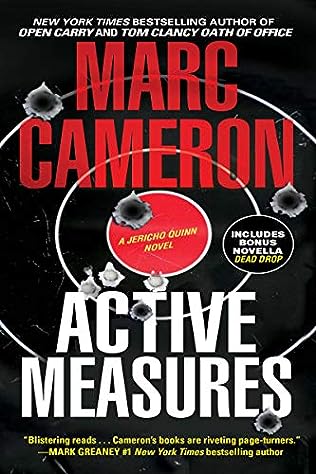 Cuba and the United States are in talks to normalize relations, something the old guard on the Communist-controlled island has vowed to stop–by any means necessary. Zayda de la Guardia, a rogue general in the Cuban security services, has gotten his hands on a nuclear weapon left over from the Cold War.

He plans to launch it on Miami, an attack that could kill millions. There’s just one thing standing in his way: special agent Jericho Quinn and his team have traveled undercover to Cuba to unravel de la Guardia’s plot before it ignites a nuclear holocaust. Thrown into a secret prison, pursued by assassins, and trapped on the tiny island during one of the worst hurricanes of the century, Quinn and his crew must survive a trial by fire to prevent an international confrontation that would make the Cuban Missile Crisis look like a fistfight.

A Soviet short-range nuclear missile is left behind in Cuba and the only person who knew about it is killed. Over a half century later it is discovered and an attack is planned against the USA. An aeronautical engineer escapes with a boat to America but is killed together with a friend of Quinn, which pushes Quinn to take a trip to Cuba. While searching for the truth, Quinn ends up in jail. Will he be able to get himself out of this position and take action before it’s too late?