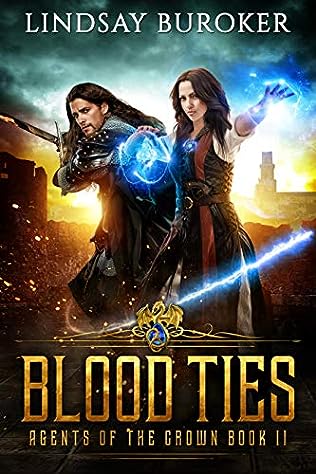 Jev and Zenia are Agents of the Crown and have been tasked with finding the murderer of the three princes—if their suspicious deaths were murder.

Their mission? To research the strange “disease of the blood” that killed Targyon’s three cousins and left him unexpectedly ruling an entire kingdom at barely twenty years of age.

There are just a few problems. If someone was responsible for creating that disease, that person could still be in the city, forcing Zenia and Jev to deal with someone very smart and very dangerous. Meanwhile, since Targyon has the same blood flowing through his veins that his cousins had, he’s at risk of becoming the next victim. And as it so happens, Jev shares some of that blood too. Might he become a target before Targyon?

When Jev and Zenia signed on for this job, they didn’t realize how deadly it might become.