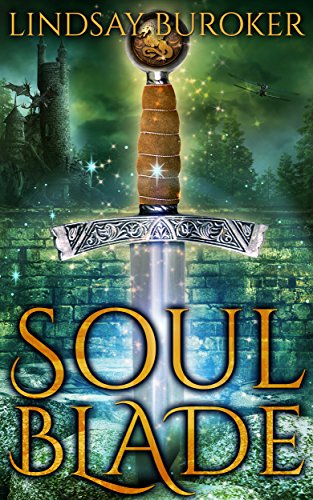 It’s been a week since the dragon Morishtomaric fell, and Sardelle is not convinced that Ridge is truly gone. With a companion who thinks he’s a god and a soldier who would happily kill her, she heads back to the mountains to look for signs that Ridge survived. What they uncover threatens to destroy their country and all they care about.

Meanwhile, the Cofah emperor is furious with Iskandia over the loss of its airships and still has a bounty on Tolemek’s head. King Angulus sends Tolemek, Cas, and Kaika on a daring mission that could solve both problems… or leave them all dead.

The book has three main storylines. One about Ridge and his journey back to the capital. The second about Sardelle not believing Ridge to be dead and heading off to the mountains in order to find him. And the third about Cas, Tolemek, and Kaika on a mission that puts them all in grave danger

Soulblade is the final installment in the Dragon Blood series.