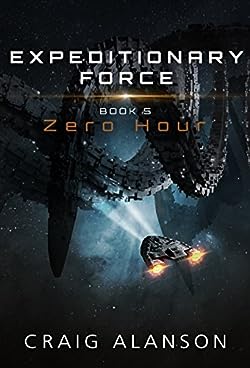 Book 5 in the Expeditionary Force series (2017)

In the latest adventure in the Expeditionary Force series, the band of pitates is in trouble. United Nations Special Operations Command sent an elite expeditionary force of soldiers and pilots out on a simple recon mission, and somehow along the way they sparked an alien civil war.

Now the not-at-all-merry band of pirates is in desperate trouble, again. Their stolen alien starship is falling apart, thousands of light years from home. The ancient alien AI they nicknamed Skippy is apparently dead, and even if they can by some miracle revive him, he might never be the same.