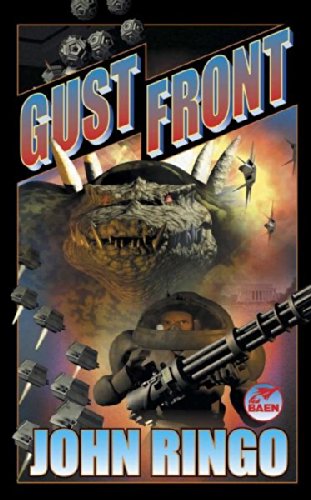 Thanks to human valor and alien technology, the Posleen were fought to a standstill. But the invasion of Earth is just months away Only these shell-shocked survivors can save the Earth from utter devastation.

Our choice was simple: we could be cannon fodder, or we could be…fodder. We could send our forces to fight and die (as only humans can) against a ravening horde that was literally feeding on its interstellar conquests — or remain as we were — virtually weaponless and third in line for brunch.

We chose to fight.

Thanks to alien technology and sheer guts, the Terrans on two worlds fought the Posleen to a standstill. Thank God there was a moment to catch our breath, a moment, however brief, of peace —

Now, for the survivors of the Barwhon and Diess Expeditionary Forces, it was a chance to get some distance from the blood and misery of battle against the Posleen centaurs. A blessed chance to forget the screams of the dying in purple swamps and massacres under searing alien suns.

For earth it was an opportunity to flesh out their force of raw recruits with combat-seasoned veterans. Political, military and scientific blundering had left the Terran forces in shambles — and with the Posleen invasion only months away, these shell-shocked survivors might be the only people capable of saving the Earth from devastation.