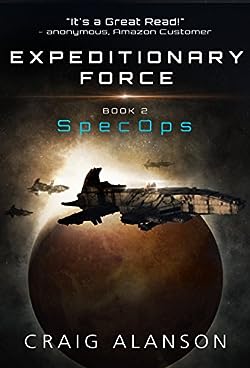 Book 2 in the Expeditionary Force series (2016)

In the sequel of the popular first Expeditionary Force book, Colonel Joe Bishop made a promise, and he’s going to keep it. He will take the captured alien starship Flying Dutchman back out. He doesn’t agree when the UN decides to send almost 70 elite Special Operations troops, hotshot pilots, and scientists with him; the mission is a fool’s errand he doesn’t expect to ever return from. At least this time, the Earth is safe, right?