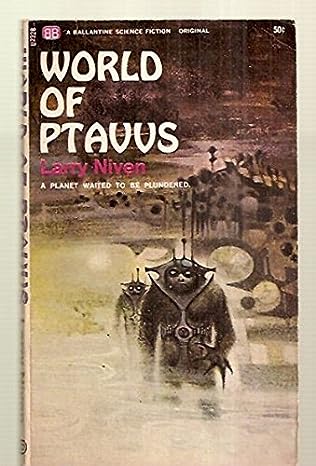 Larry Greenberg’s telepathic tendencies had been trained and developed to a critical level. The trouble was that if these psychic interchanges were strong enough, a man could end up not knowing who he really was. And when Larry’s mind is taken over by a sinister alien force, he has to fight to retain his sanity – and divert a disaster that threatens all mankind…

A reflective statue is found at the bottom of one of Earth’s oceans, having lain there for 1.5 billion years. Since humans have recently developed a time-slowing field and found that one such field cannot function within another, it is suspected that the “Sea Statue” is actually a space traveler within one of these time fields.

Larry Greenberg, a telepath, agrees to participate in an experiment: a time-slowing field is generated around both Greenberg and the statue, shutting off the stasis field and revealing Kzanol. Kzanol is a living Thrint, a member of a telepathic race that once ruled the galaxy through mind control.