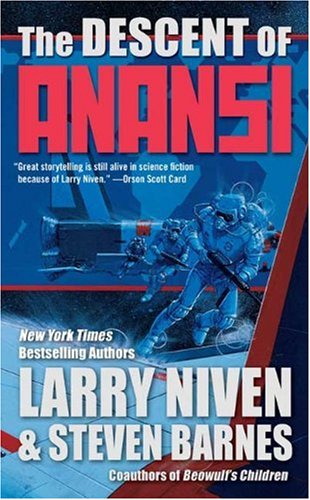 The Descent of Anansi

It’s the American Revolution all over again. But this time it’s a ragtag band of space colonists vs. the United States. And the fate of the world hangs by a thread–200 miles above the earth.

A technological thriller closer to our times than any previous Larry Niven books. It describes how a colony orbiting the moon has fought to regain its much-needed independence using Space-shuttle equipment that they claimed.

Since the space-shuttle technology has been retired, this book is a bit dated, however, it still makes for an awfully lot of fun reading.