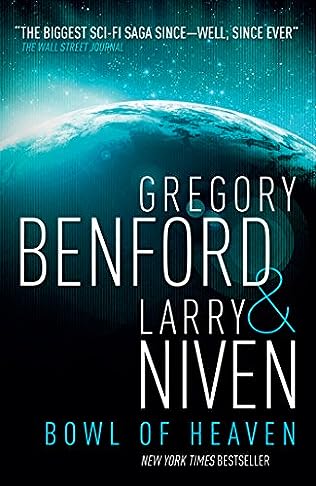 In this first collaboration by science fiction masters Larry Niven (Ringworld) and Gregory Benford (Timescape), the limits of wonder are redrawn once again as a human expedition to another star system is jeopardized by an encounter with an astonishingly immense artifact in interstellar space: a bowl-shaped structure half-englobing a star, with a habitable area equivalent to many millions of Earths…and it’s on a direct path heading for the same system as the human ship.

A landing party is sent to investigate the Bowl, but when the explorers are separated–one group captured by the gigantic structure’s alien inhabitants, the other pursued across its strange and dangerous landscape–the mystery of the Bowl’s origins and purpose propel the human voyagers toward discoveries that will transform their understanding of their place in the universe.