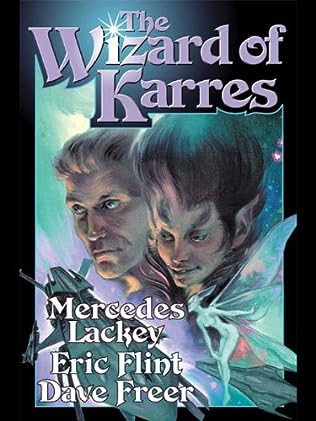 At last-the sequel to The Witches of Karres. Three top writers continue the bewitching adventures begun in one of science fiction’s most beloved novels. First time in paperback.

It just wasn’t fair! Captain Pausert had foiled the deadliest of space pirates and eliminated the threat of the Worm World, yet his troubles kept piling up. Sent on a secret mission to stop the nanite plague, a self-aware disease that could devastate whole worlds, he quickly found that someone had convinced the Imperial Fleet that he was actually a wanted criminal, which led to a battle leaving his ship in urgent need of repairs.

And while Goth and the Leewit, two of the notorious witches of Karres, could do amazing things, ship repair was not in their line. So he stopped at the next planet for repairs but found that somehow his bank account had been cut off, and the authorities were looking for someone matching his description.

There was only one thing to do-join the circus! An interstellar traveling circus, that is. All the galaxy loves a clown-as long as Pausert, Goth and the Leewit can keep their disguises from slipping. The show must go on-or the galaxy is doomed!