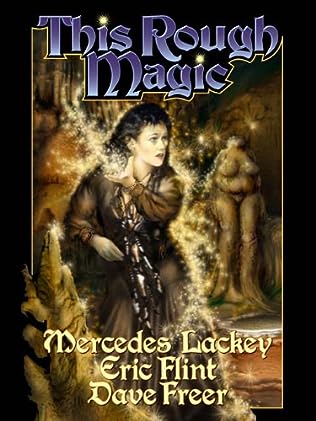 The Demon Chernobog-Foiled but Not Defeated in The Shadow of the Lion-is Back to Conquer Venice. First Time in Paperback.

Venice had been thrown into chaos by the scheming of Chernobog, who came within a hair of seizing absolute power but was thwarted by the guardian Lion-spirit, who awoke to protect his city from the power-mad demon. But the power of the Lion does not extend beyond Venice, and Chernobog has a new ally in the King of Hungary who has laid siege to the island of Corfu as the first step in his plan to seize control of the Adriatic from Venice.

Trapped on the island is the small band of heroes who awoke the Lion and blocked Chernobog’s power grab before. They are far from the Lion’s power to help them, but as Manfred and Erik lead a guerrilla movement to fight the Hungarian invaders, Maria discovers that the ancient magical powers of the island are coming to life again, stirred by the siege. If she can make an alliance with them, she may be able to repel the invaders-but not without paying a bitter personal price. . . .