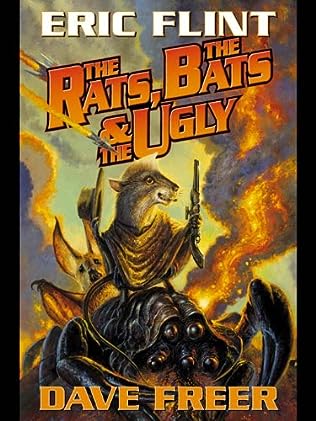 The intrepid team of mentally uplifted rats and bats, and their vat-born human leader had not only pulled off the only victory the beleaguered colony’s feeble military forces had won against the invading aliens, but had also uncovered the secret that the invaders were really a feint, being under the control of the other aliens which the naive humans had thought were their allies.

Unfortunately, that was the easy part, because now they had to convince their boneheaded military bureaucracy (burdened with incompetents and riddled with quisling humans) of their discovery and keep from being court-martialed, drugged into submission, or executed by the human traitors. And they had to do this quickly before the aliens launched their surprise attack.

Fortunately, they had found a way around the alien’s mental programming. What’s more, the daring and resourceful Fluff, apparently the ineffectual pet of one of the colony’s ruling class, was on their side. Only Fluff can save us now. . .