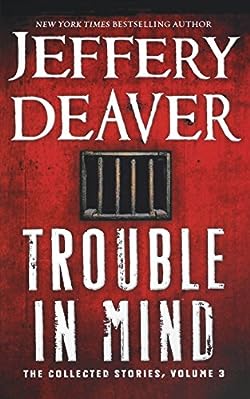 New York Times bestselling author and highly acclaimed storyteller Jeffery Deaver-the undisputed “grand master of the plot twist” (Booklist)-returns with a dazzling new collection of short stories. In these twelve electrifying tales (including six written just for this anthology) Deaver proves once again his genius for the unexpected-in his world, appearances are always deceiving.

A devoted housekeeper embarks on a quest to find the truth behind her employer’s murder. A washed-up Hollywood actor gets one last, high-stakes chance to revive his career. A man makes an impulsive visit to his hometown, and learns more about his past than he bargained for. Two Olympic track hopefuls receive terrorist threats. And Deaver’s beloved series characters Lincoln Rhyme, Kathryn Dance, and John Pellam return in stories now in print for the first time.

TENSION . . .
An aging actor attempts to revive his career by entering a celebrity poker game for a reality TV show. Can he outwit his devious opponents, or is his fate doomed from the outset?

CONSPIRACY . . .
A successful crime writer dies under seemingly natural circumstances, but for one cop, doubts are lingering. There’s certainly motive for murder – or is there more to the case than meets the eye?

MURDER . . .
Lincoln Rhyme is announced dead, shot by one of his suspects in cold blood. Is this the end of the line for the criminalist, or just another twist in the tale?