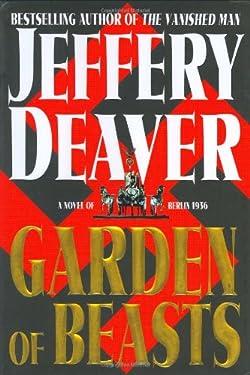 In the most ingenious and provocative thriller yet from the acclaimed New York Times bestselling author Jeffery Deaver, a conscience-plagued mobster turned government hitman struggles to find his moral compass amid rampant treachery and betrayal in 1936 Berlin.

Paul Schumann, a German-American living in New York City in 1936, is a mobster hit man known equally for his brilliant tactics and for taking only “righteous” jobs. But when a hit goes wrong and Schumann is nabbed, he’s offered a stark choice: kill Reinhard Ernst, the man behind Hitler’s rearmament scheme, and walk free forever—or be sent to Sing-Sing and the electric chair.

The instant Paul sets foot in Berlin his mission becomes a deadly cat-and-mouse chase, with danger and betrayal lurking at every turn. For the next forty-eight hours, as the city prepares for the coming summer Olympics, Schumann stalks Ernst, while a dogged criminal police officer and the entire Third Reich security apparatus search frantically for the American. Packed with fascinating period detail and featuring a cast of perfectly realized local characters, Olympic athletes, and senior Nazi officials—some real, some fictional—Garden of Beasts dishes up breathtaking action, a wrenching look at Nazi-era Berlin, and a series of stunning plot twists. It is classic Deaver. (And there is also a slight Lincoln Rhyme connection for the discerning reader to find.)

Garden of Beasts is packed with fascinating period detail and features a cast of perfectly realized locals, Olympic athletes and senior Nazi officials — some real, some fictional. With hairpin plot twists, the reigning “master of ticking-bomb suspense” (People) plumbs the nerve-jangling paranoia of prewar Berlin and steers the story to a breathtaking and wholly unpredictable ending.