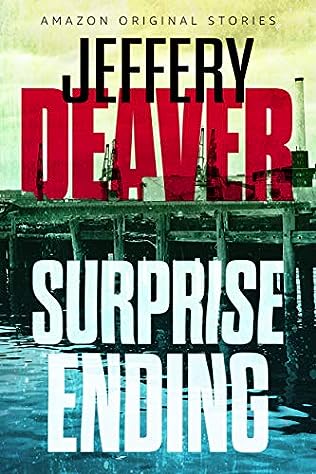 The number one priority for Bradley Reynolds of Maryland’s Organized Crime Taskforce is Andre Hector Federico. The mob boss is old school—a devoted family man, treacherous as hell, and paranoid enough to have escaped Reynolds’s sting. Now Reynolds has a new plan: enlist prize-winning crime novelist Alan Seybold to concoct a foolproof chapter-by-chapter scenario on how to lure Federico out of his safe zone and collar him. There’s just one condition: Seybold has to play by the rules of real life. Beyond that, the king of bestselling page-turners can have all the fun he wants. But as skilled as Seybold is, even he can’t foresee where this thriller is headed—or just how dangerous its plot twists can be.

A crime thriller author is enlisted by the police to help them essentially trap a known criminal who is particularly adept at dodging convictions and get him arrested. Two competing gangs; one secure with the older statesman never putting a foot wrong, on top of his game and the established player. The other a young wannabe, under gunned leading a loyal group but unable to tip the balance his way.

All this happens in front of a career detective unable to break the gangs but dreaming of taking down the old man and then mopping up the dregs.