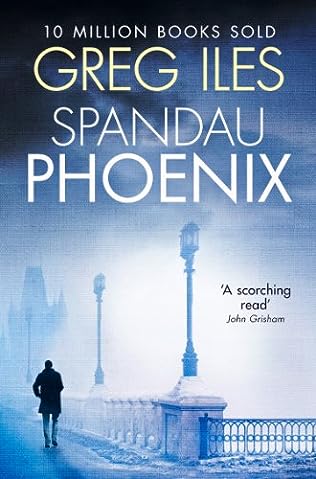 The Spandau Diary – what was in it? Why did the secret intelligence agencies of every major power want it? Why was a brave and beautiful woman kidnapped and sexually tormented to get it?

Why did a chain of deception and violent death lash out across the globe, from survivors of the Nazi past to warriors in the new conflict now about to explode? Why did the world’s entire history of World War II have to be rewritten as the future hung over a nightmare abyss?

Rudolph Hess–Spandau prisoner number 7–dies in 1987. When a secret “Hess diary” is found at Spandau by a West German policeman, the various police and intelligence agencies stationed in Berlin become even more interested in Hess’s 1941 flight to England.

Did Hess have highly placed contacts there? Was he alone? Was his well-trained double captured instead? The chain reaction from the diary’s discovery explodes around West Germany, England, and South Africa, uncovering secret alliances and double agents.