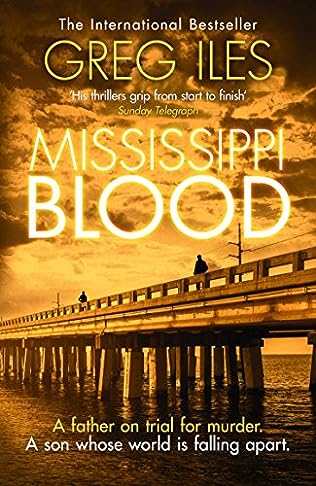 The endgame is at hand for Penn Cage, his family, and the enemies bent on destroying them in this revelatory volume in the epic trilogy set in modern-day Natchez, Mississippi—Greg Iles’s epic tale of love and honor, hatred and revenge that explores how the sins of the past continue to haunt the present.

Shattered by grief and dreaming of vengeance, Penn Cage sees his family and his world collapsing around him. The woman he loves is gone, his principles have been irrevocably compromised, and his father, once a paragon of the community that Penn leads as mayor, is about to be tried for the murder of a former lover. Most terrifying of all, Dr. Cage seems bent on self-destruction. Despite Penn’s experience as a prosecutor in major murder trials, his father has frozen him out of the trial preparations–preferring to risk dying in prison to revealing the truth of the crime to his son.

Mississippi Blood is the enthralling conclusion to a breathtaking trilogy seven years in the making–one that has kept readers on the edge of their seats. With piercing insight, narrative prowess, and a masterful ability to blend history and imagination, New York Times bestselling author Greg Iles illuminates the brutal history of the American South in a highly atmospheric and suspenseful novel that delivers the shocking resolution his fans have eagerly awaited.